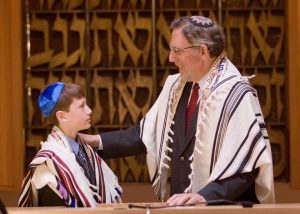 Rabbi Richard Plavin served Beth Sholom B’nai Israel from 1979 until his retirement in 2016. He is now Rabbi Emeritus at Beth Sholom B’nai Israel. Rabbi Plavin is passionate about transmitting the beauty of Jewish living to all Jews. To this end, he promotes Jewish education as a lifelong pursuit and makes his Torah lessons applicable to life today. His love for Israel is reflected in the fourteen congregational trips to Israel he and his wife Lisa have organized.

Rabbi Plavin is the director of Embracing Judaism, an introduction to Judaism program that serves the Conservative congregations of the Greater Hartford Area. More information is available at ibJewish.org.

Raised in the Conservative Movement, Rabbi Plavin participated in USY Israel Pilgrimage in 1964 and served in leadership positions in U.S.Y. He holds a bachelor’s degree (1968) from Columbia University, as well as a doctorate in education (1976) from that institution, and received a master’s degree (1971) and ordination (1973) from the Jewish Theological Seminary of America. Rabbi Plavin earned a certificate of completion from the Rabbinic Management Institute at the American Jewish University in 2012.

Rabbi Plavin is married to Lisa Schnitzer Plavin and they have three daughters and seven grandchildren:

Here are links to Amazon to acquire recommended texts.